Effingham Village Recreation Trust will soon be governed in a different manner. The current set of volunteer managing trustees will be replaced by a Sole Trustee, being  Effingham Parish Council (EPC).

The Sole Trustee model  is precisely the way in which the majority of KGV Fields in Trust charities today are governed, as well as being the way in which this (Effingham’s) KGV charity was governed for the entire period 1951-1990. Nationally, it is a normal arrangement. Parish Councils all over the country have been acting as Sole Trustees for various kinds of charity over a very long period.

For the users of the KGV the change in governance should be imperceptible. Existing legal agreements such as Licences will normally remain unaltered as their wording already allows for changes in trustees.

This revision of the charity’s governing scheme is treated by the Charity Commission as nothing more than an administrative amendment and comes into force as soon as the revision has been submitted. 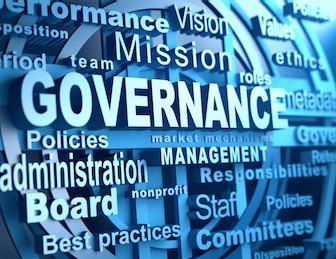 The intention of changing our governance model has been in force for several years, and successive groups of trustees have put their minds to the best way of doing it. The motivation throughout has been to eliminate the personal liabilities that fall upon individual volunteer trustees.  There are different ways of achieving this. One way is to incorporate the charity, for example by putting it into the form of a Charitable Incorporated Organisation; in that model, liability is limited to that body as a whole and does not fall upon its individual trustees. Another way is to  appoint a single trustee that is in itself an incorporated body, as is EPC. It is this second way that has been chosen by the current trustees as the one which will apply in the future.

Much of the day-to-day administration will continue to be undertaken, as at present, by the KGV Manager. An EPC-appointed committee, to be called the Executive Board, will guide the operations of the KGV and implement projects. It will also make recommendations to the Sole Trustee about the budget, the business plan, and significant licences and contracts.

The Sole Trustee will have only a limited number of formal duties to undertake itself, such as agreeing budgets, reporting to the Charity Commission and holding Annual General Meetings.

This decision has been made formally by the current trustees and requires also that EPC be willing to serve as Sole Trustee. EPC has made its own formal decision to take on that role. The processes by which these decisions were made has already been explained in public, step by step, for several months on the two bodies’ respective websites, has been reported at EPC Ordinary Meetings and has been mentioned in the Roundabout magazine.

You can read the decision-making narratives, with links to reports, on the two websites via these buttons:

The proposed Revised Scheme for the Charity’s governance can be accessed via this button:

Some Questions and Answers about the decision can be accessed via this button:

A public presentation was held on Friday 13 May 2022 at 19:30 by the current trustees to provide further details about the governance decision and about how it was reached. In view of the current prevalence of Covid-19 the meeting was conducted online by Zoom. Besides the Trustees it was attended by just ten residents, despite having been widely publicized. The slide presentation will be made accessible on this website in due course.

If you wish to submit a comment on the proposed Revised Scheme then please do so by completing the comment form on the right. If you include your email address then you will receive an auto-reply echoing your submission. Fields marked with a red asterisk are mandatory.

All comments will be read and considered by the trustees in the period leading up to the finalisation and implementation of the Revised Scheme.

The deadline for submitting comments is Friday 27 May.

Please note that the trustees cannot engage in answering individual questions or queries about the decision to change the governance model or about  the Revised Scheme. We will read and consider the comments in total and address them in a universal response to be posted here when the commenting period closes.

The personal data associated with submitted comments will be retained by us only during the period when the Revised Scheme is being finalised. Under the Trust’s Data Protection policy such data can be held and processed by the Trust in accordance with the policy’s lawful basis of Legitimate Interests.