A Project Completed by the Trust in 2018

The steps leading into the grounds from the far-eastern gate by the A246 had become dangerous and in 2017 we decided to have them rebuilt.

An application to fund this was submitted by Effingham Parish Council to GBC’s Concurrent Functions Grant Award Scheme and was successful. The money – half from GBC and half from EPC – became available in 2018 and during August of that year the steps were rebuilt to a much safer standard. 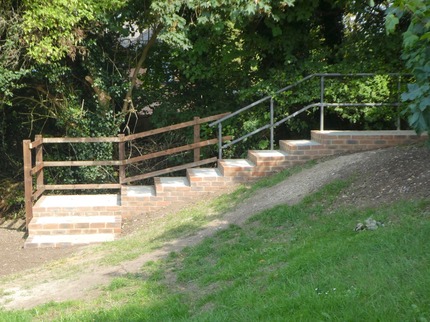 … compared to the old