A Project Completed by the Trust in 2019

In early 2019 the small children’s playground was extended, with new play equipment, picnic tables and seats, and smart new fencing and gates installed. This was funded largely from cash donations raised through a Toddler’s Playground Appeal campaign organised by a small group of local residents constituted as The Friends of KGV Effingham. They raised just over £27,000 of donations to the Trust, a magnificent outcome.

The picnic tables were donated by Bookham & Horsley Rotary Club whilst the fencing and gates were donated by Effingham Parish Council from its Community Fund. The new surface and equipment in the extension were supplied and installed by Playdale Playgrounds Ltd.

A poster showing a montage of various elements of the project and produced as an expression of thanks to all those who contributed to the appeal can be downloaded (as pdf, 8Mb) here.

A group of volunteers completed work on the playground on Saturday 9th March 2019 including turfing and installing the new picnic tables. 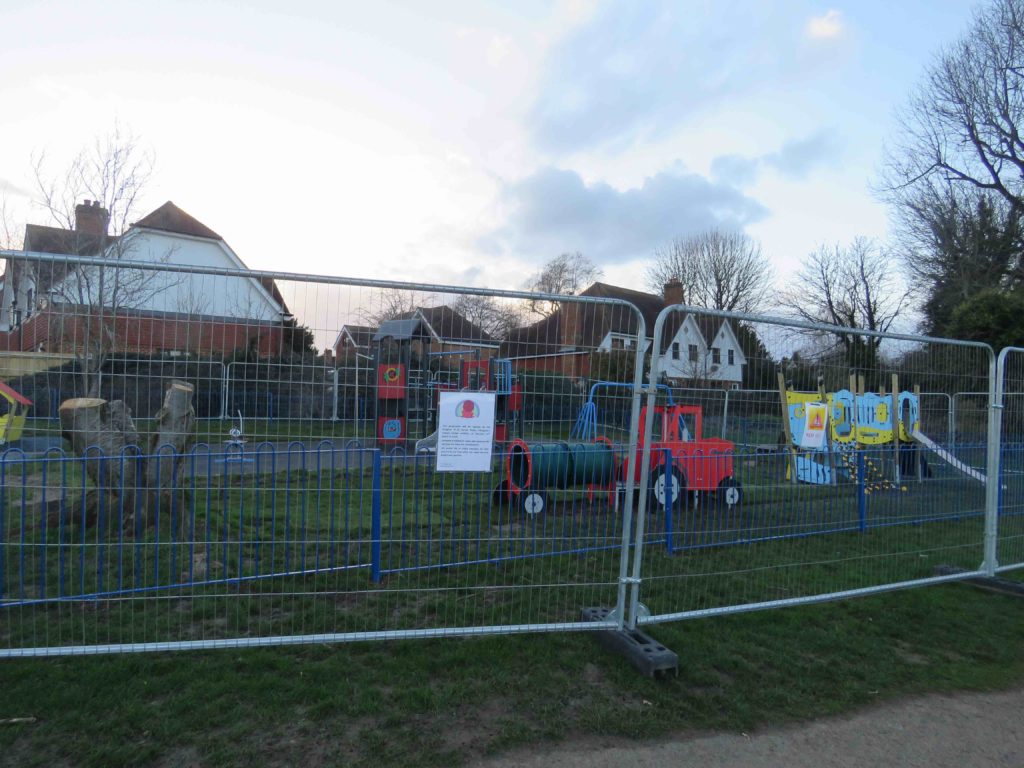 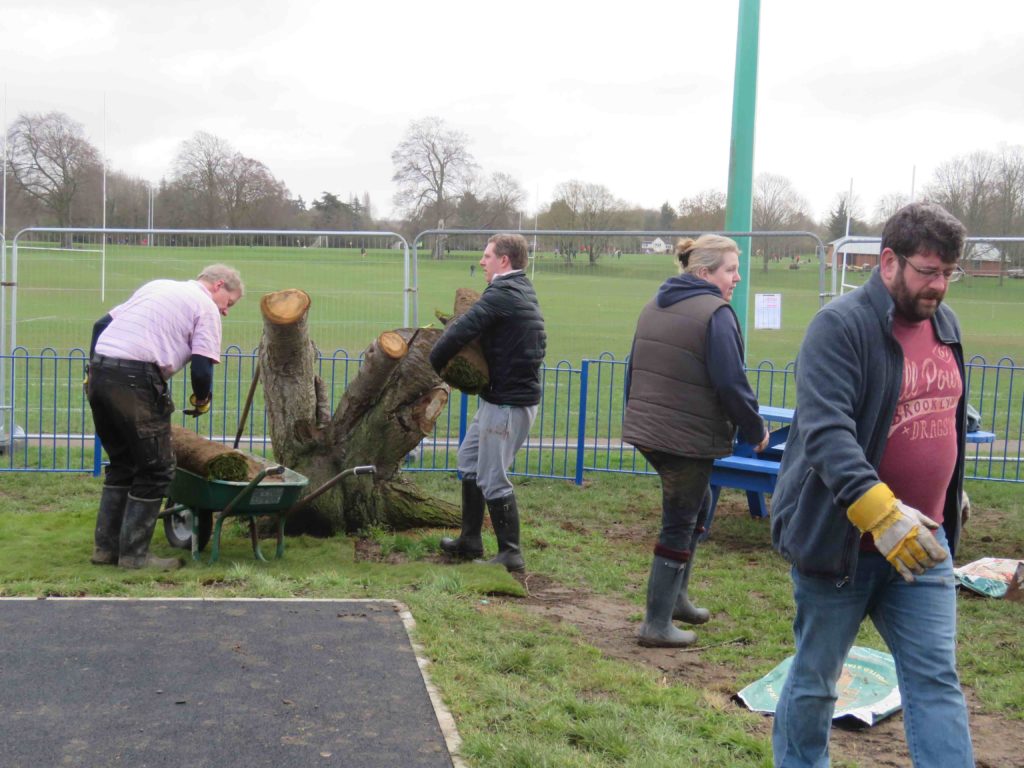 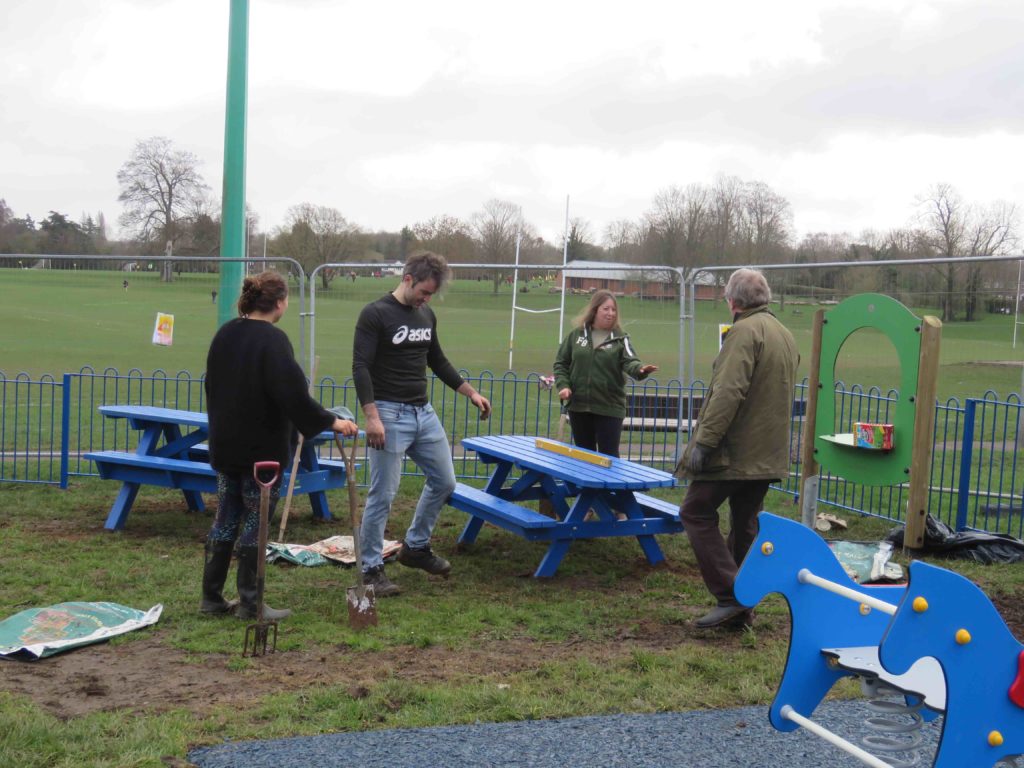 The extension was officially opened on 16 March 2019 by Mrs. Elizabeth Gaunt, daughter of the late Sir Barnes Neville Wallis. The pictures here showing this event appear by courtesy of Vivien White, who was one of the leaders of the fundraising campaign and who contributed greatly to the project’s planning and implementation. 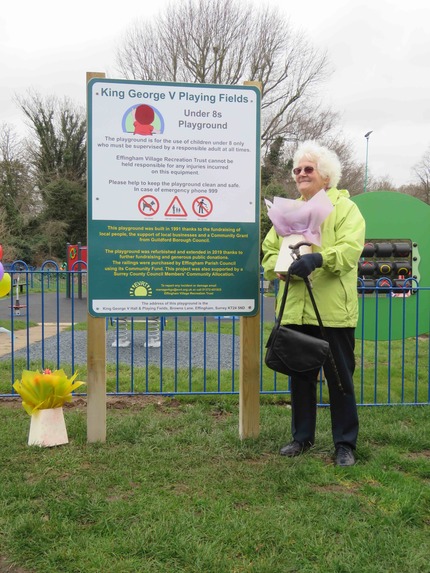 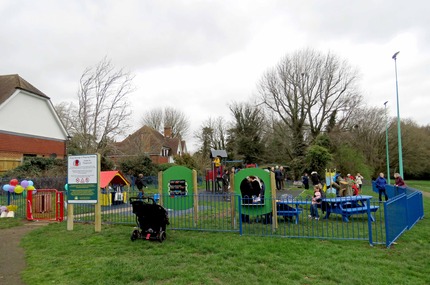 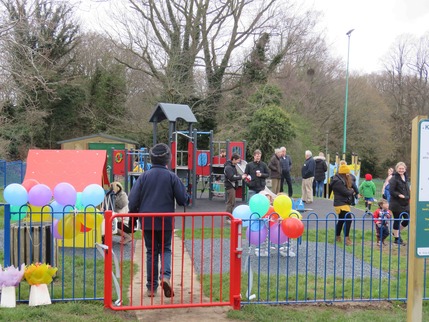