The King George Play Group came into existence very soon after the Hall had been completed. These six photographs show the group in 1967 and appear in the album presented that year by Effingham Parish Council to Dr. Barnes Neville Wallis to celebrate his 80th birthday and to honour him for all his many contributions to the village. They were probably taken by a photographer for The Surrey Advertiser since an article about the play group was published by that newspaper on July 22nd. This article appears with the photos in the Barnes Wallis birthday album and makes several clear references to details seen in those photos, in particular, the children’s paintings on the wall of the Hall. 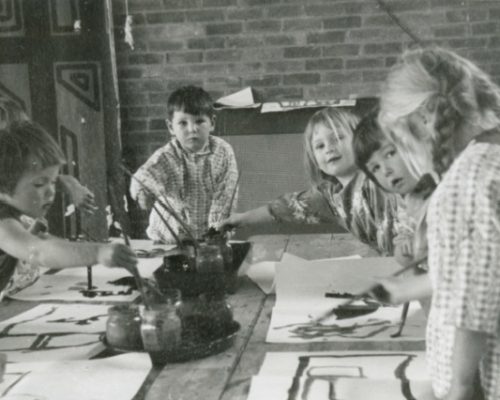 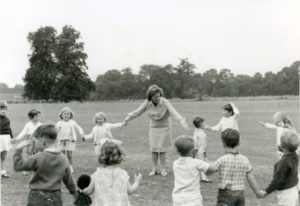 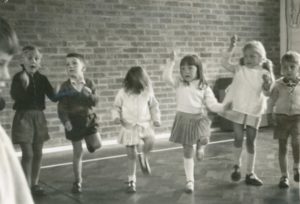 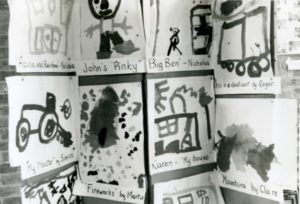 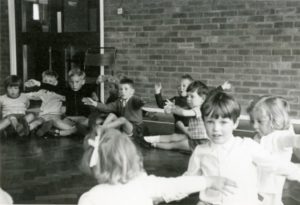 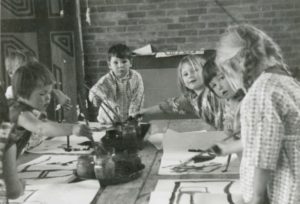 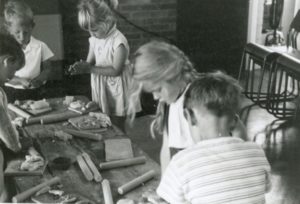