This means that, on behalf of Effingham residents, the site is looked after and managed on a daily basis by a small group of dedicated people.  Volunteer Trustees and professional support staff work together to fulfil the charitable mission, which is:

‘for the public benefit, to provide or assist in the provision, support and or maintenance of facilities for recreation and other leisure-time occupation for the inhabitants of the area of benefit, in particular through the provision of a village hall and recreation grounds’.

In other words, to support Effingham’s community health through the sport and fitness, recreation, relaxation, social contact and wellbeing available from a visit to the site.

Within the resources available the General Manager and Trustees do our utmost to ensure everyone can make use of all aspects of this wonderful village asset. We are keen that you can safely take advantage of the many opportunities here whether as individuals or in groups. At present we do  not organise events or run activities ourselves, our objective is to help the people who would like to do so.  Please get in touch for help with your planning and your ideas! So long as these can be accommodated safely, can sit within the scope of the charity and  and would not unduly impede existing activities of other residents, we will support you.

As a charity we are a non-profit organisation, and we aim to make facilities available to hirers and users at value-for-money prices which simply cover the costs they generate. 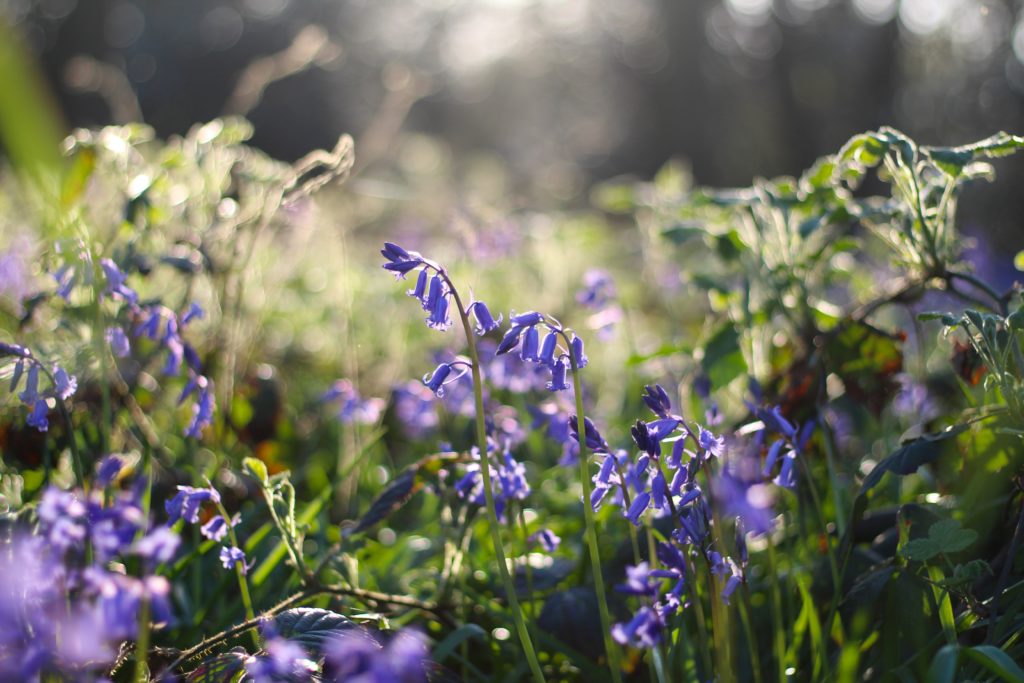 Down the years since 1935 and the first campaign to purchase the land from Mrs Pauling, many hundreds of people have contributed thousands – more like hundreds of thousands – of volunteer hours to ensure that both the site and the charity have survived and flourished.  This has been, and is, the most massively successful ongoing community effort by a village, very few of which have such a splendidly large asset to enjoy – but also to maintain – as Effingham does.

Support has taken many forms. Thanks must be recorded to the following:

For the contribution of their valuable, one-use only, personal time and usually also at financial cost to themselves, to the Honorary Chairs, Treasurers, Secretaries and Committee members of all the Managing Trustee Boards, Committees, sub committees and working parties at KGV over more than 8 decades

For their vital fundraising efforts, to all the many groups down the years who have assembled teams of volunteers to put on village day events, sports days, shows, dances, fireworks, quizzes and so on for the benefit of the everyday running costs of KGV, and to all the people who have come along to support them

To the organisations who are or were longterm partners at KGV, contributing money and effort and work to improve and benefit the charity’s facilities, including (in roughly chronological order) Howard of Effingham School, Effingham Playing Fields Association Ltd, Effingham & Leatherhead Rugby Football Club, the Women’s Institute, Ist Effingham Scouts, Effingham Cricket Club, nurseries and pre-schools, and Bookham Colts.

To individual donors who have given generously, whether money or gifts such as trees for planting, or benches for the grounds and so on

To all the Wardens, Groundsmen and Managers who have combined professionalism in their job with understanding of the community setting

To the many individuals who have used the facilities for their regular group activities such as table tennis, gardening, music, fitness, dance and so on.

The Trust is immensely grateful  to Guildford Borough Council whose Concurrent Grant Aid scheme has been a vital source of money for annual projects down the years; also to Surrey County Council similarly for its grant schemes.

The final thank you must go to Effingham Parish Council, last but a very long way from least, for the unstinting support over 80 years channelling substantial financial support from the precept to the charity which helps to maintain the principle of completely free daily access by residents.

If anyone feels their contribution to the charity has been overlooked and is not provided for somewhere in this list, please get in touch so we can rectify matters.

History: the site and the charity

In the 1930s Effingham residents formed a committee which raised enough money to buy over 30 acres of the parkland of a former mansion. Part of this money came as a grant from a national fund established in memory of King George V who died in 1936. The aim of the fund was to help provide playing fields across the nation. This was a fitting memorial because George had been personally very enthusiastic about sport.  He introduced the custom of having a royal attend the football Cup Final, Test Match cricket, and tennis and rugby matches, for instance.  In the photograph here you can see him presenting the winner’s cup to the captain of the New Zealand Services rugby team in London in 1919. He  had had a strong belief in the public health benefits generally of fresh air and exercise.

A condition of applying to this fund was that any site receiving a grant would be named a ‘King George’s Field’, and so it is in Effingham. (There are 45 other ‘King George’s Fields’ across the country). Another condition of the grant was the display of official carved stone memorial plaques on the gate pillars. These designs are now reflected in our emblem. 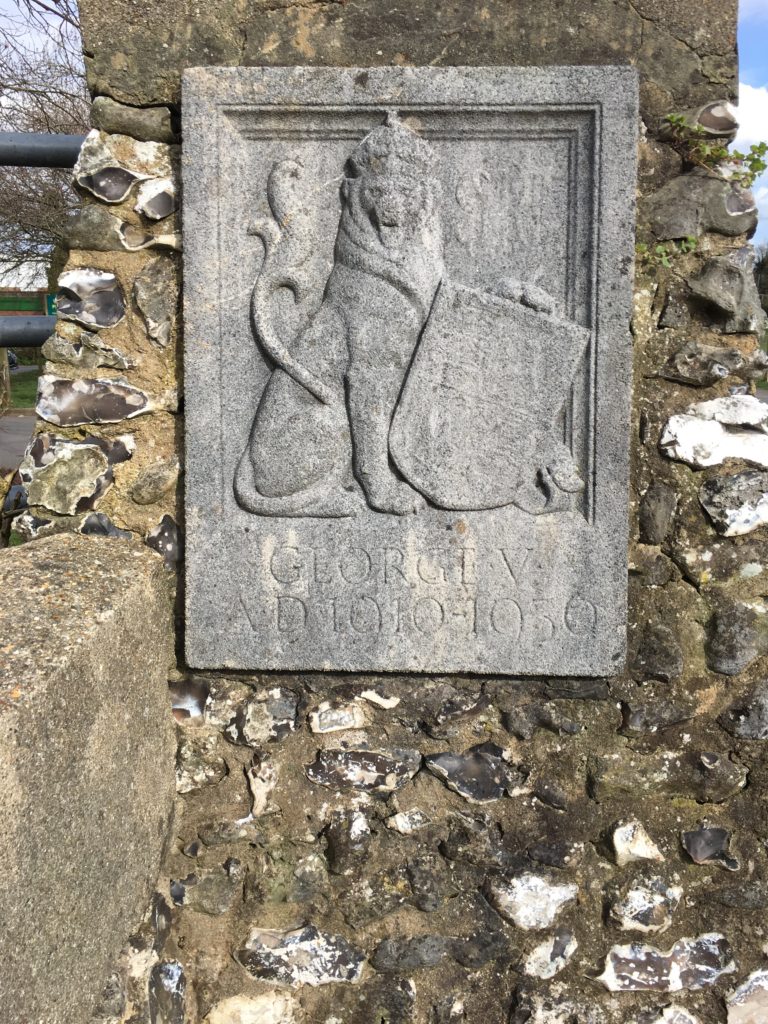 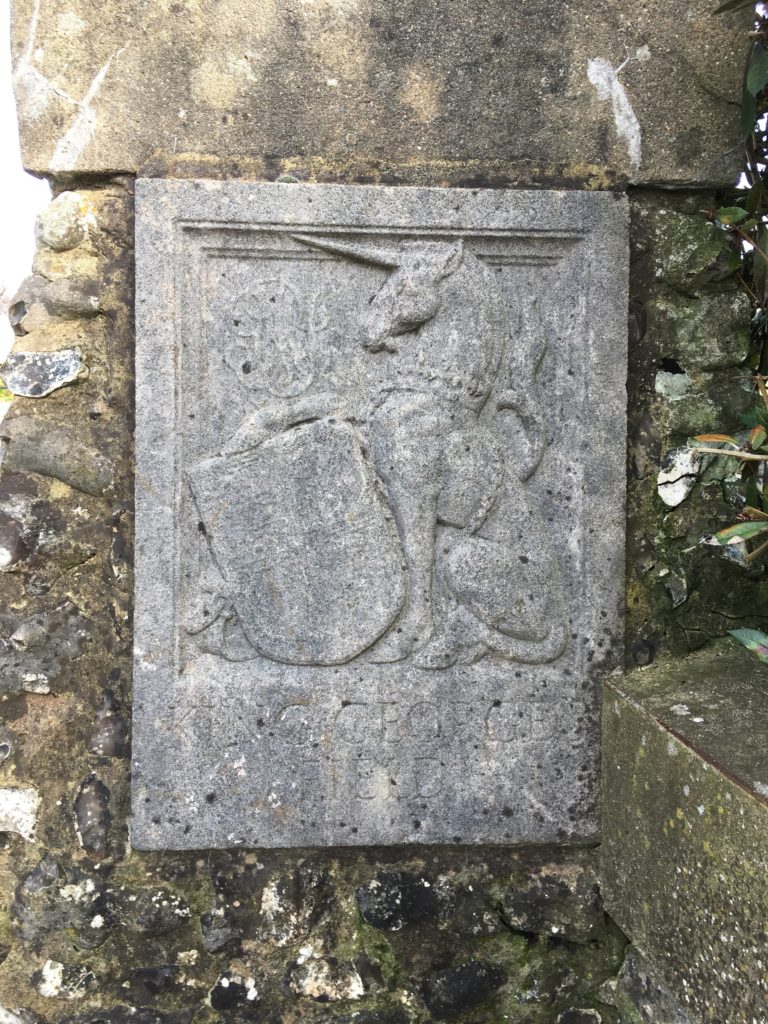 The committee finalised purchase of the land late in 1938, but the onset of World War II meant that little could be done to make it suitable for public recreation until peace resumed. At that point, the committee soon became aware that they should probably take steps to protect this open space for future community benefit, or it might suffer compulsory purchase.

The best way would be to register it as a charity, which is what they did. It was a complex process but a governing scheme for the charity was drawn up and the registration achieved in 1951. It had always been the intention that as soon as possible there would be a village hall as well, so – although a hall was not built until 1966 – the charity was named ‘King George’s Field and Hall’, Registered Number 305018.

In 1955, Charles Calburn, Lord of the Manor of Effingham East Court, donated the Calburn Cricket Field on Effingham Common and another tiny piece of land to the Charity.

The governing scheme of the new charity set in place a committee, or Board, of volunteer ‘managing’ Trustees to guide the ongoing development of the facilities. These people were not elected, they just agreed to shoulder the job of keeping the charity solvent and functioning.  Successive volunteers have continued this work until the present day. To save constant updates of the legal title to the land however, as the individuals come and go, the property is registered at the Land Registry in the name of Effingham Parish Council. In other words, Effingham Parish Council is the ‘Custodian Trustee’, but has virtually no role in the ongoing management of the site.

In 1990 the charity governing scheme was revised, and then again in 2009 when the charity was changed to ‘Effingham Village Recreation Trust’ which it remains. There has been one small subsequent change in 2018. The charity is for the benefit of ‘the residents of Effingham and its immediate neighbourhood. The Managing Trustees hold an Annual General Meeting for the beneficiaries each year in June or July. This is the opportunity for Effingham residents to receive reports about the charity from the Chairman and Treasurer on the previous year’s events and finances.

NB  The site is ‘held in trust’. Despite a common misconception, Effingham residents do not ‘own’ the site either individually or collectively, and they have no right to take whatever action they like on the premises if in their opinion things should be different.  This would make any charity ungovernable. The Trustees, who have undertaken to abide by the strict guidance of charity law, do the best they can keeping the assets safe for all residents both on a daily basis and for the foreseeable future.  This includes setting the arrangements for what happens on the site.  Having to take difficult decisions which may be unpopular with a minority of residents but are for the greater good is a necessary part of the role.

The charity scheme is

‘the Board of Managing Trustees of Effingham Village Recreation Trust’.

The Board of Managing Trustees

The Board of Managing Trustees consists of up to seven individuals, four being appointed by Effingham Parish Council and three being co-opted by their fellow Trustees.

Applications from interested persons to fill vacancies on the Board are warmly welcomed.  Contact us for information about what Trusteeship entails.  You can also look on the Charity Commission website about how to become a charity trustee.

The Trust’s Privacy Notice may be downloaded from this page

The Trust may be contacted either by email: ku.gro.trve@seetsurt

or in writing to

Effingham Parish Council may be contacted at