We have very few photos of the Village Days in the 1990s. The one held in 1993 was opened by Mr. Richard Marks, the Mayor of Guildford (see first image). This event raised at least £2500 which was donated to St. Lawrence School, Effingham Scouts, Howard Court, the Methodist Church, the KGV Hall and the Brownies/Guides.

The Village Day of 1995 took place on June 11th and was officially opened by Effingham resident Mr. Ray Davies, rhythm guitarist, vocalist, and songwriter for the famous band, The Kinks. Music on the day was provided by The Epsom and Ewell Silver Band whilst displays of fencing and dancing were staged by local schools. A display of Morris Dancing attracted a good audience. A special treat took place at about 2.35pm in the form of a flypast by a Lancaster, Spitfire and Hurricane from The Battle of Britain Memorial Flight. 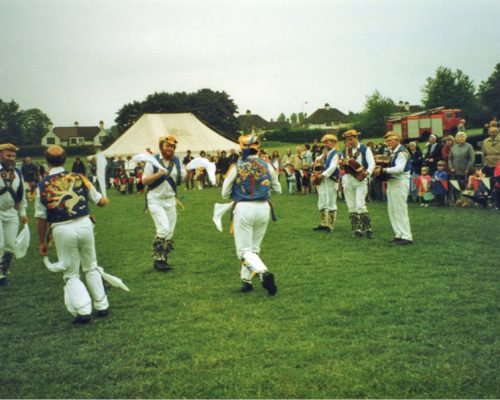 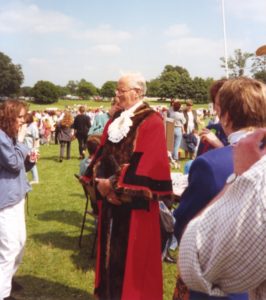 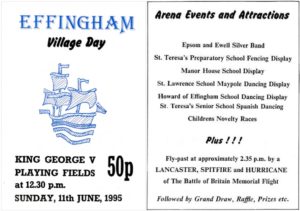 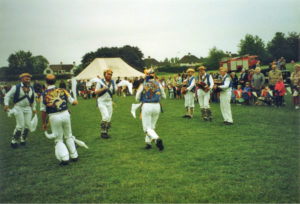 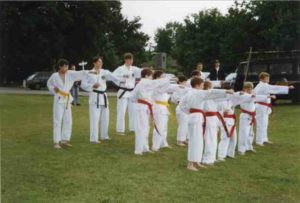